The Bad on the Oscar Red Carpet

The misses on the red carpet are always the best part. I mean, yes, it's nice to see pretty people looking pretty in pretty gowns, but it's even more entertaining (and also depressing) to see pretty people looking ridiculous in awful gowns. Here are the top five examples of scariness from last night's Oscars:
Sophia Loren in Armani Prive, and what she used to look like: Um, first off, did she get a lot of work done or is it just me? Seriously. That is not the same face. And the 80's prom queen she stole that dress from wants it back. Jessica Biel in Prada: This dress isn't offensive in itself, but what it's doing to her body definitely is. I can only imagine her thought process went like this: "I've worked long and hard for my disgustingly awesome body, and so now, the only time I'll probably ever be invited to the Oscars, I think I'll slap a giant floppy bow over my awesome abs and call it a day." And then the dress depressed her so much she forgot to wash her hair. See, it makes sense!

Nicole Kidman in L'Wren Scott: Her dress is molting. MOLTING. The feathers look like creepy twig tentacles reaching up to eat her botoxed-out face. And what's with the flowers near the bottom? It looks like some fifth grader's crazy craft project. Plus that dress it tighter than the skin on her face.

Freida Pinto in Jean Paul Gaultier: If someone just ran up to her and ripped off that rogue sleeve, this would be soooo much better. But that one long, sheer, beaded sleeve is seriously aging her. It's very Golden Girls, and she is way too young and gorgeous to be going down that road.

Beyonce in House of Dereon?: Well, at least she's wearing something from her own label. That's as much as I can say about this. Fishtails like this one entertain me. Who goes, "I want the dress to be so tight around my body that all I'll be able to do is stand here uncomfortably, but I need lots of room around my calves. My calves need to breathe, people!" And the giant, gold flower print? Um, I don't think I need to say anything else. 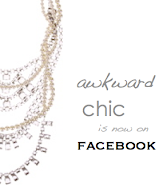 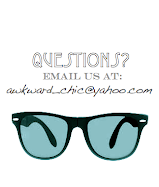